Missed opportunity.  Took too long to get the idea and learn how to do it.  Takes THREE people to shoot poured blooms and they need to know what they are doing.  Hard to co-ordinate.  I know a little more now, but the blooms are gone for the year.  By the time I figured out how to technically do it, my window had closed.  These all on 8X10 like all of the kinetic still lifes.  Might print a couple. 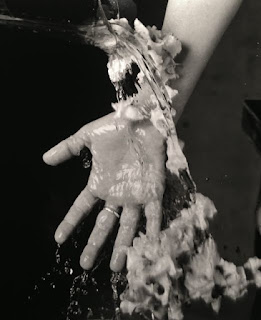 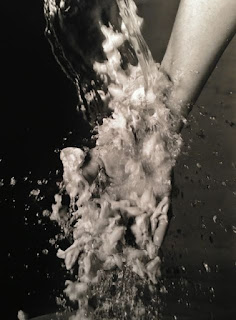 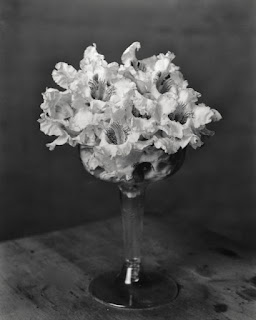 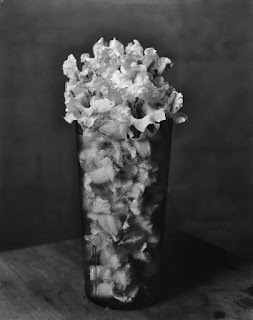 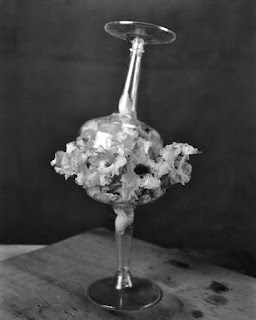 I probably screwed around too long with containers.  Gorgeous blooms, just couldn't get the idea, though it will come.....with more guessing.

Posted by Robert Langham at 7:00 PM No comments:

Sorry to see freezing temps pass without icicles.  Got an idea in mind.  Then the white trees fired up, got burnt by frost and wavered.  Nice rose bloom and Dogwoods.  June Bugs thinning out without an idea.  I'm working Magnolias pretty hard with ideas left over from the last two years.  I actually added a Blackfork Bestiary shot of a can of worms.  Had to fabricate the can, though I had the raw material standing by.  You get an idea, usually a stupid one, but then the next idea walks up on that one and maybe even the next and the next.

One morning last week big earthworms were leaving soaked lawns and trying to find dry spots.  They were all surfing the wet brick streets while the Robins jumped them.  I picked up a styrofoam cup full, shot a couple of ideas and then sent them along.  First Bestiary shot in a bit.

The baby bird hatch is passing quickly.  Usually we have immature Robins in every bush and hopping along the sidewalks closely followed by a cat.  Not a one this year except a very early and small chick.  Things pass and you have to shoot as you can.

I'm deconstructing Magnolia blossoms off the local trees.  They have such a brief cycle, and are so delicate and sensitive to any touch, bruising and discoloring, it was hard to start tearing them apart, cutting them up, et. 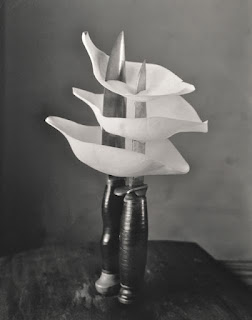 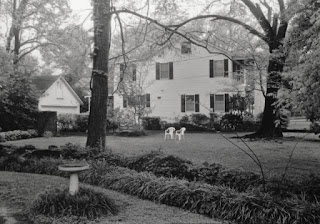 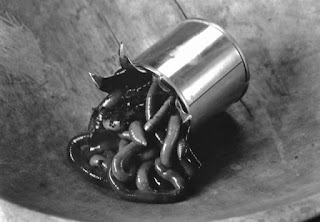 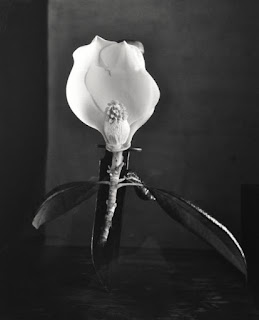 All the Magnolia ideas are a generation behind already.  Shot the best yet last night at about 10:00 and processed it this morning.  Still hanging.

Had a stack of chunks of books I cut up on a table saw in front of the camera but couldn't get the last part yet.  I did set a gyro on it with candles going.  Not sure. 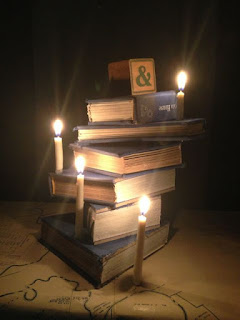 That's what the iphone preview looked like.  Gyroscope spinning on top instead of a block. Had to move it to get back to Magnolias.  I actually have worn out two gyros and had to buy two new ones. (they come in pairs.)  I'd been fighting with the old ones, and I don't like to fight with subject matter.

Magnolias certainly make my little studio smell good.  Got to turn my attention to Gardenias before they are gone...and if I could only think of an idea involving June Bugs...

Posted by Robert Langham at 6:41 PM No comments: