Out of the COLD side. Having to use every old indian trick in the book, like using the hot water side but leaving the water heater off, (so you have a tank of 76 degree water), frozen ice gallons in milk cartons, et.
Be happy when the air conditioners fall silent in October.
Posted by Robert Langham at 8:26 PM No comments: 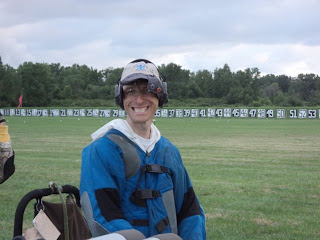 What is the subject of this photo? John's smile. Notice how it sits on an X drawn from corner to corner. The photographer saw something and lazered in on it but disregarded everything else. John is chopped at the elbows, (framing), the background is floating, the viewpoint useless, only the lighting and the moment called forth are helping the image. 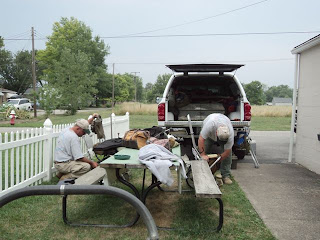 What's the subject of this photo? The trees across the street have as much importance as the men at the table though they are in the background. Cropping closer would help a mediocre image. It almost begins to work with the foreground/middle ground/background set-up. 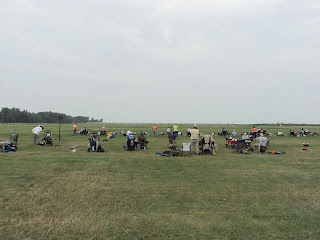 All background, no subject. What was it the photographer thought he saw that made him reach for his camera?

Three visually illiterate photos. Sent by a friend who shot them on the Camp Perry trip. I'll come back and talk about why these photos don't work after a bit.

Go straight to Blurb and buy my book: The Blackfork Guide. It will steer you out of all the above problems.

Photography is like anything else- fixable and subject to education!
Posted by Robert Langham at 3:52 PM 1 comment:

Lake Erie and the National Matches.

Since we were driving I included my 5X7. Just got it out three times, Once a a huge wreck of a barn full of barn swallows and Poison Ivy, once for a white arc of a barn where there was no photo, (due to uninteresting light), and once for a miraculous piece of last-gasp sunlight on a Big Cottonwood alongside Lake Erie.

My real job at the National Matches was to shoot for the Texas Team. Just had a couple of afternoons off. Great to have my 5X7 along, but very different experience. In the meantime I burned about 1000 files on the Nikon, all of rifle team stuff. 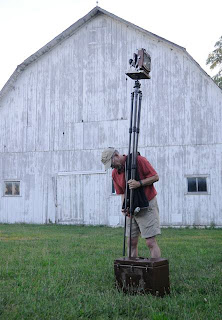 Nice barn but the light was just illumination. 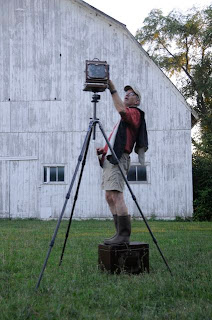 Just like the 60s: Hard to get high enough. 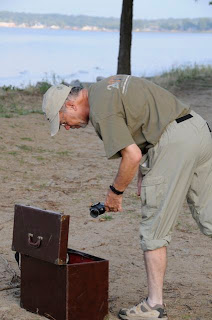 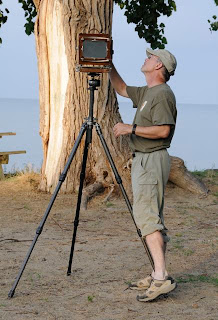 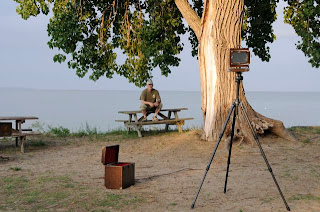 Great light and background for a nice Cottonwood on the bluff over the beach near Marblehead. Katie's image making is getting much better.

Posted by Robert Langham at 2:11 PM No comments: